Local Networks: Research on Accessing Offline Internet Content By and For Marginalized Communities

I am currently a PhD candidate in the Communications Cultural Studies and New Media Program at McMaster University, my research revolves around the application of new media to create personal archives for individuals or relatively small communities, groups and peoples, primarily marginalized populations, including: ageing populations, people of colour, indigenous peoples, people with accessibility needs and migrant populations, including those displaced by climate disaster, armed conflict, and global economic shifts. My Sherman Centre Graduate Residency research has shifted recently to consider the role of data storage and sharing in the social, cultural and economic experiences of the aforementioned populations I am considering when designing my multimedia archiving platform.

My recent research in the Sherman Centre, as explained in my blog post, Developing A Photogrammetry Toolkit For Rapid, Low Cost And High Fidelity 3D Scans, was focused on the creation of multi-media for personal archiving of potentially sensitive material that could include family heirlooms, culturally relevant or sacred objects and very personal images, text or audio that a person or group may not want to be made public or be under the control of external government or corporate entities. A user of my proposed photogrammetry interface may choose to upload their personal archive to popular data hosting platforms like: Google Drive, Dropbox, Flickr, Facebook, Soundcloud, WordPress, etc. By uploading their data to these platforms, the user is consenting to a complex network of ownership that, in the case of Google, can leave a user susceptible to the terms of agreement that allow your data to be partially controlled by the hosting corporation, your ISP (Internet Service Provider) and government organizations that have access to the physical servers based on their geographical location (in this case, the United States of America).

This concern with data has lead me to observe community practices around localized mesh networks that offer alternative ISP options to big telecomm corporations and allow for potential LAN (Local Area Networks) systems. An example of this is the group NYCMesh, based out of New York City, New York. In response to recent trends in Net Neutrality and natural disasters like Hurricane Sandy, NYCMesh is responding to emergent needs of New Yorkers and citizens around the world. NYCMesh describes their project:

“Our network consists of Wi-Fi router “nodes”, “supernodes” and fiber spread throughout the city. The network connects directly to the internet backbone, so we do not rely on an ISP. All of our network nodes cooperate in the distribution of data, and the network can also function independently in case of emergencies or internet shutdown.

NYC Mesh is a neutral network that does not block or discriminate content. NYC Mesh does not collect, store, monitor, or log any user traffic or content that passes through our network.

We can connect whole buildings by wireless for speeds between 80 Mbps up to 1 Gbps, or by fiber at 20 Gbps (20,000 Mbps). The buildings we are currently planning include co-ops, a school and housing association buildings. Fiber involves an install fee and a monthly rental.” –NYCMesh.net

A recent Fast Company article describes the potential effects of net neutrality on the sharing, producing and consuming of data (all actions that are often done simultaneously in today’s Web 2.0):

“Without net neutrality protections, big telecom companies can choose to slow down or block certain sites. If you want to watch Netflix, for example, Comcast could decide to charge you more to access it. A community-run “mesh” network, by contrast, takes back control from corporations: Everyone on the network can agree to keep all content open. When a system is fully running, the people who use it can cancel their contract with a traditional internet service provider and stop paying any monthly bills.” –Fastcompany.com

Another, more local example of this kind of technology comes from the Toronto Mesh (TOMesh), who describe themselves as, “A grassroots and decentralized group of volunteers who started Toronto Mesh at CivicTechTO in early 2016.” (TOMesh) TOMesh could potentially provide a model for the kind of community focused networks I am researching. Their website describes their vision and several guiding principles:

“We are building a community-owned infrastructure that gives us:

I will be conducting research around what technologies may work to achieve the goal of low-cost, user friendly and open-source mesh networking systems. I am also considering the way LAN systems can affect the use of local or personal archives that are not shared on the internet. This can potentially increase the willingness to contribute to local archives and give a hyper-local perspective of networked content, for instance, an offline Wikipedia. 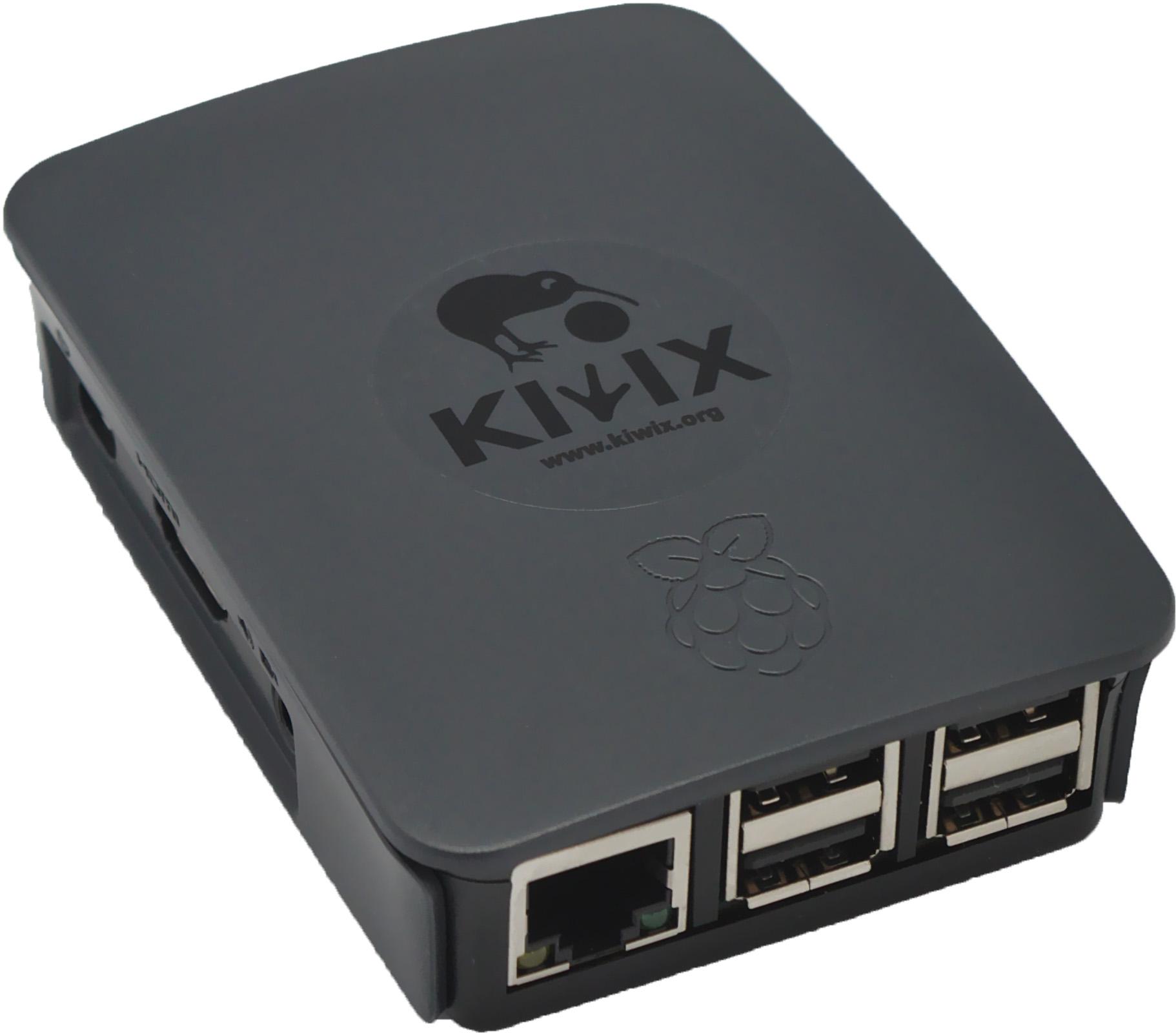 To achieve the deployment of an offline Wikipedia that can be publicly accessed using Wi-Fi in a location like a public park, I will be researching the feasibility of a system using: a Raspberry Pi 3 (Wi-Fi and Bluetooth Enabled), infrastructure equipment to protect it from the elements and be powered, and open-source software that provides LAN access to the data like, Xowa or Kiwix. Kiwix is a server system that can that can run on a Raspberry Pi. The organization describes its motivation for providing an easy to use platform for accessing offline Wikipedia content:

“In many places internet can be slow, unreliable or even censored. Kiwix is an offline solution that allows you to access educational content like Wikipedia, the Wiktionary, TED talks and many others on any computer or smartphone – without the need for a live internet connection.” –Kiwix.org 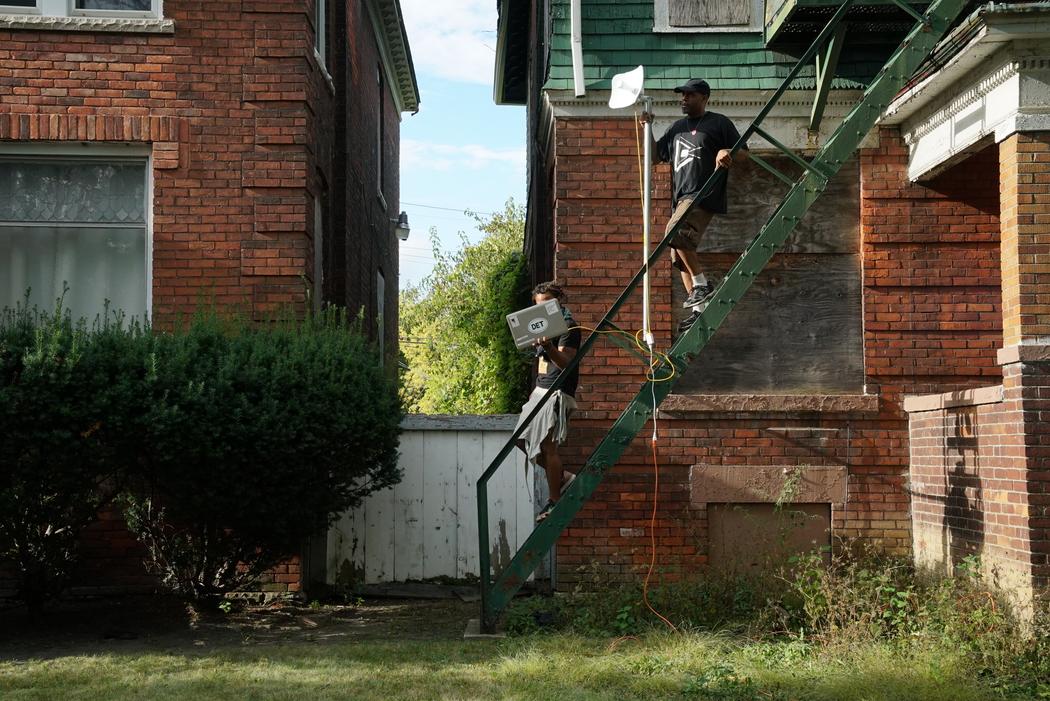 Another model for my research comes from the Detroit Community Technology Project (DTCP), based in Detroit, Michigan. In an article by Kaleigh Rogers for Motherboard, the community engagement by the DTCP around Internet access and the digital divide taking place in Detroit is contextualized. The director of DTCP, Diana Nucera comments on the state of internet access in Detroit:

“Take Detroit, where 40 percent of the population has no access to the internet—of any kind, not only high speed—at home, according to the Federal Communications Commission. Seventy percent of school-aged children in the city are among those who have no internet access at home. Detroit has one of the most severe digital divides in the country, the FCC says.” –Motherboard.vice.com

Throughout my next semester, I will be researching these organizations, technologies and methodologies to get a better understanding of the impacts, implications and affordances of the local networks.