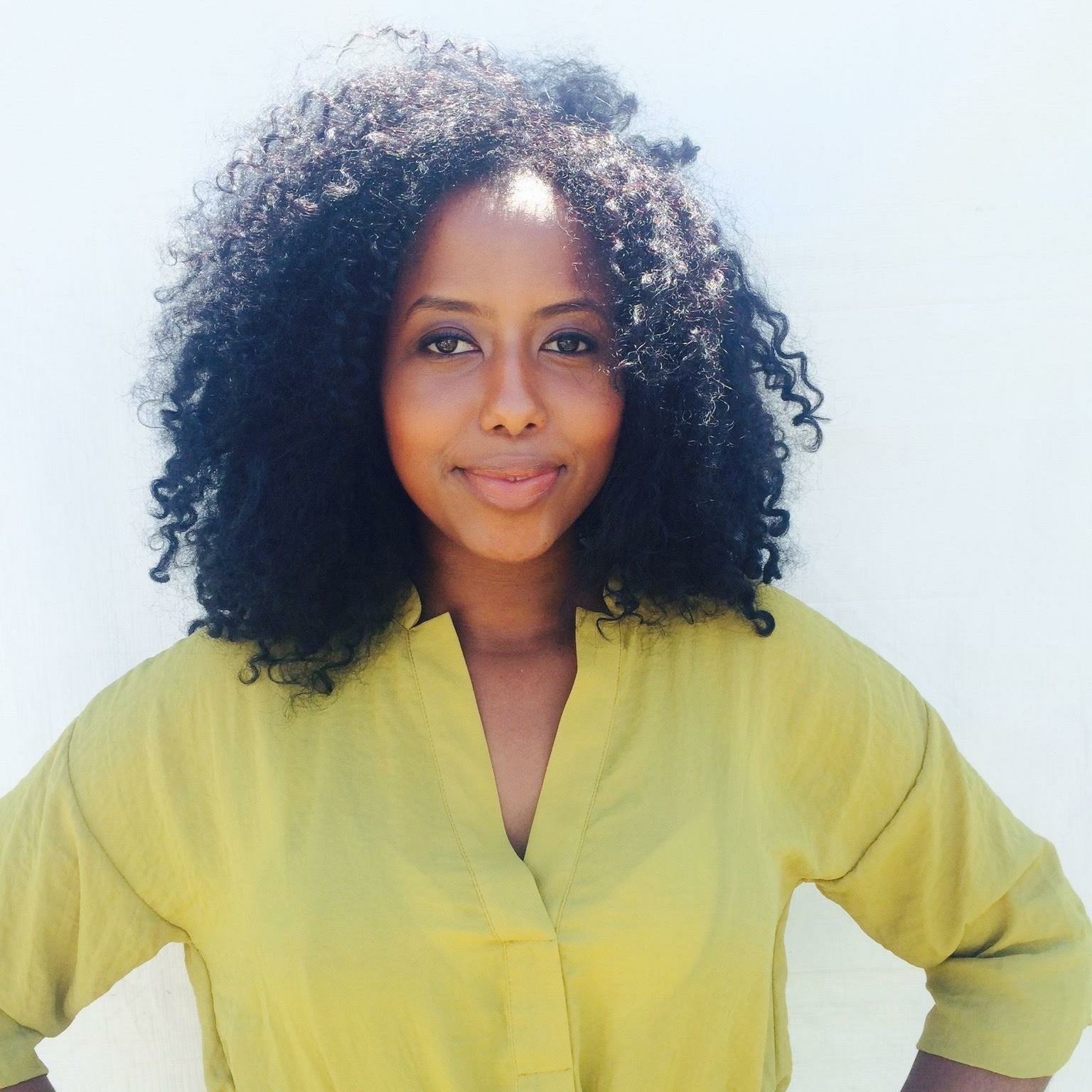 Helen is a PhD student in the department of Political Science. Her research focuses on the impact of targeted Internet Blackouts against ethnic minorities in Ethiopia and Cameroon. She is interested in studying this growing phenomenon to expand theories of digital authoritarianism in an understudied region.

Project: My project is an exploration of a growing phenomenon; intentional Internet Blackouts (IBs) used by government leaders to halt opposition movements. IBs are used to disrupt citizens internet access and to stop the flow of communication online. Often times, IBs occur before the onset of protests and elections. In 2018, 25 countries experienced one or more IBs totaling 195 instances worldwide (Taye 2019). Blocking access to the internet destabilizes citizens from engaging in their day to day activities but it also allows the government to send a direct message to citizens. To study this wave of IBs, I plan on constructing an online map to track and monitor IBs across the world. This visualization will be published on a website that is accessible and useful not only for academics, NGO’s but also to support impacted communities and interested global citizens. 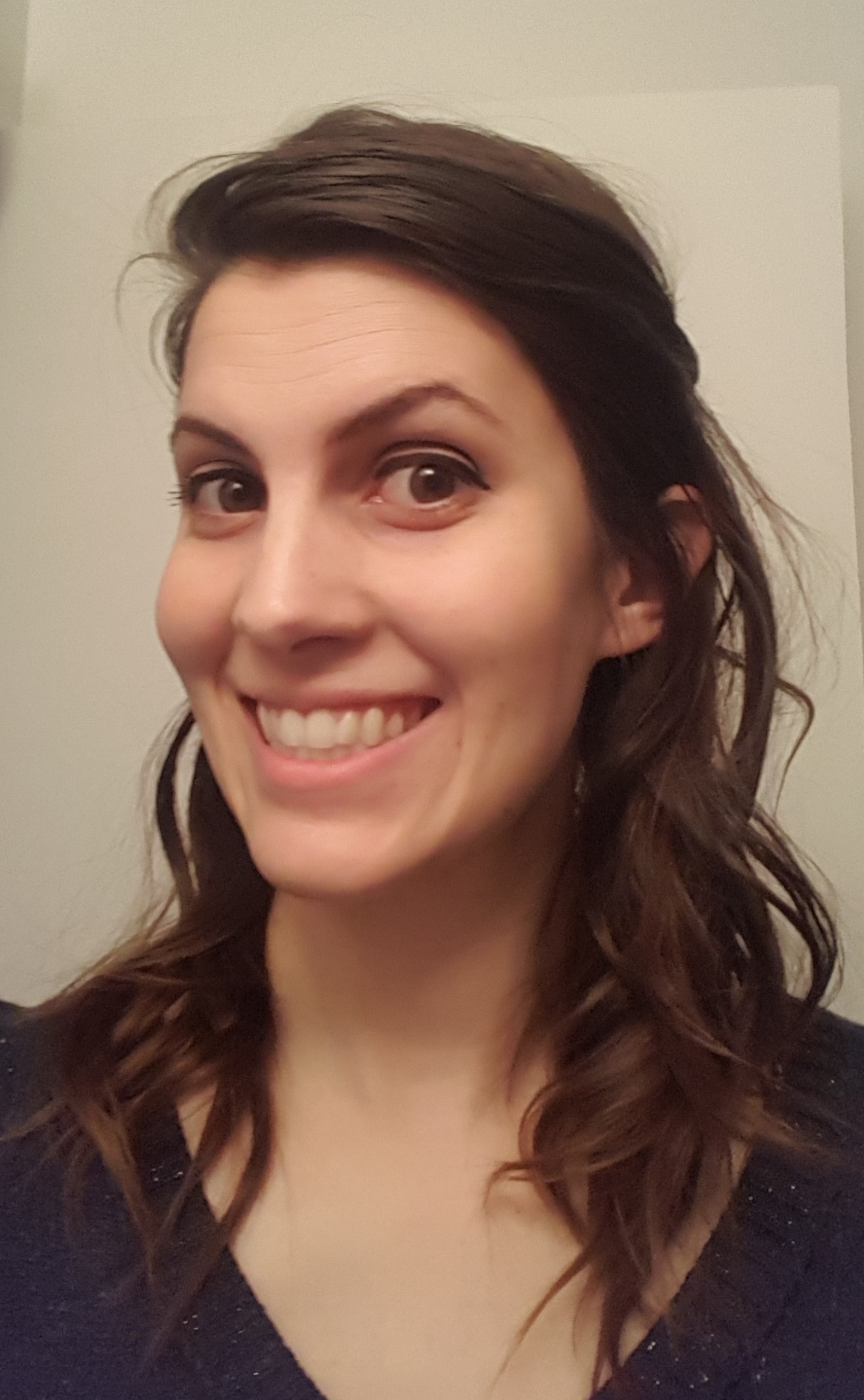 Katherine is a PhD candidate in the Department of Anthropology and she studies the infectious disease “The Plague”. Her dissertation focuses on reconstructing the spread of this disease across the globe, using clinical samples and ancient DNA recovered from archaeological victims of ancient outbreaks. By investigating past and present incidents of the plague, her work contributes to a better understanding of which populations were affected, why it went extinct in certain geographic regions, and how it has managed to persist throughout human history.

Project: Due to recent technological innovation, DNA sequencing of historical artifacts has produced an overwhelming volume of publicly available data. While powerful in its analytical potential, this avalanche of information has created significant barriers to the efficient reuse of published data. Katherine’s project aims to design software that facilitates retrieving these online records which contain vital information about our evolutionary past. This work involves database design, APIs, and non-traditional avenues of software publication. In addition, her project explores methods of digital storytelling, such as StoryMaps, to display historical records on an interactive global canvas. Katherine seeks to investigate how digital exhibits may diversify our target audience and prove valuable as means for collaboration as both accompanying pieces and standalone scholarly products. 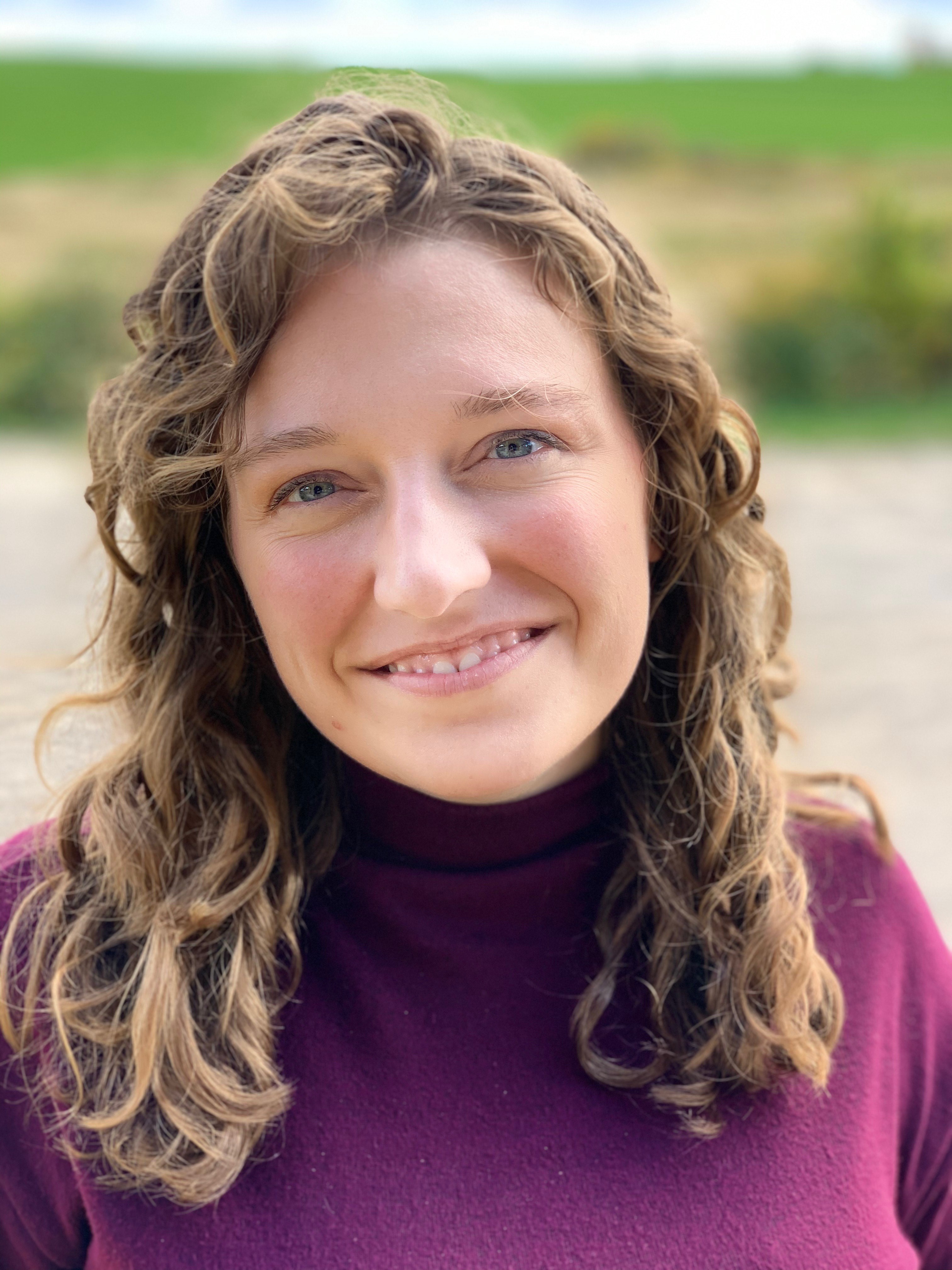 Jantina is a doctoral candidate in the Department of English and Cultural Studies and I specialize in the study of writing by women and devotional writing from around 1550-1700. My SSHRC-funded research explores the relationship between body and text in anonymous devotional texts written by women in the seventeenth century. People often assume that early modern women wrote under a male pseudonym in order to avoid the stigma of their gender but, in the texts that I study, the authors write their anonymous texts as women in order to instruct their readers in a new, devotional, body language. My work at the Sherman Centre extends my research by exploring how textual analysis can be used along side more traditional close reading techniques to examine thematic shifts in devotional genres following the institution of the Church of England in 1534.

Project: This project applies textual analysis techniques to a selection of early modern devotional texts to explore how themes in devotional literature published in England shifted between 1550 and 1700. I will be compiling a dataset of texts and then conducting stylometric analysis using topic modelling, n-gram analysis, and data visualization to explore how the ways in which people described their motivation to worship changed after the Reformation and into the Restoration. By experimenting with a dataset that has been limited to devotional texts, I am also testing whether previously identified thematic preoccupations become statistically measurable when we limit the breadth of our dataset by genre. It is my hope that the results of these investigations will provide new evidence through which to understand how the concept of praise contributed to the ascendance of poetry in the sixteenth- and seventeenth-century. 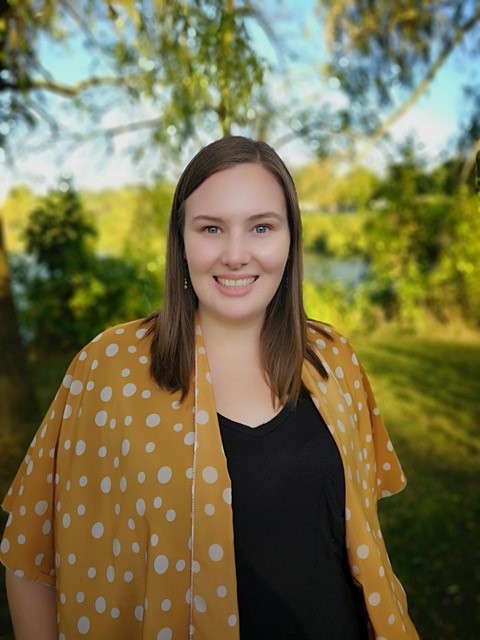 Emily is a PhD candidate in the Department of English and Cultural Studies, and holds a BA and MA in English Language and Literature from Brock University. Her SSHRC-funded doctoral research investigates the food blog genre as a site of museological and auto/biographical influences, conventions, and remediations, with particular attention to the possibilities of a reflexive and recursive food politics embedded within the circuits of neo/liberal media practices, creative work economies, and Enlightenment models of connoisseurship and taste. Emily’s work at the Sherman Centre will complement this doctoral work by offering a focused investigation of the role of gourmet food institutions in creating, promoting, and circulating narratives of food blog success. More broadly, her research interests include digital identity work and curation, visual culture, and cultural and critical theory.

Project: My residency project considers the annual “Food Blog Awards” campaign, conducted by the gourmet food publication Saveur since 2010. The campaign’s archive of past winners and current nominees arguably decentres the publication’s mass-media power through its mapping of diverse digital food projects. Yet to what extend do the features of the Food Blog Awards support the recognition of digital food work by underrepresented groups, including people of colour, 2SLGBTQ+ people, and immigrants? Furthermore, how is the work economy surrounding (and bolstered by) the Awards influenced by neoliberal values of entrepreneurship, networking, and creativity? In addressing these questions, I will chart the broad trends of Saveur’s categorization and promotion of blogs (including data regarding Award titles, blogger demographics, and repeat nominations) and will complement this data with close readings of promotional materials, FAQs, and category definitions. The resultant re-mapping of Saveur’s depiction of food blog ‘success’ will support my main doctoral research, which analyzes 10 sample blogs selected from the Saveur campaigns. 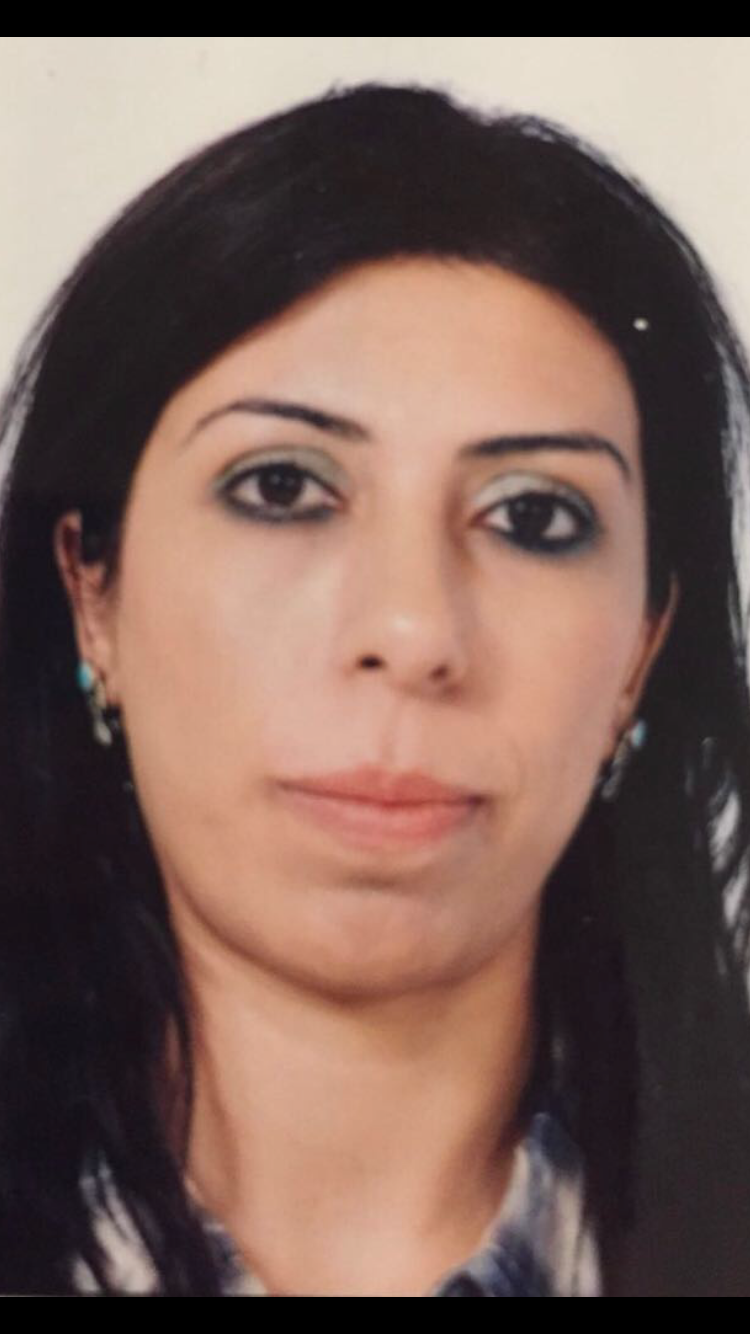 Rudaina is a second year PhD student in the Cognitive Science of Language Department. She currently focuses on the question: How does the contact between Arabic and Hebrew languages affect written Arabic in Israel? Specifically, what are the motivations for the adaptation processes? Rudaina’s interests include corpus analysis and borrowing words. Her academic background is about the current and historical contact between Hebrew and Arabic. She has been an instructor of Hebrew to Arab speakers in middle and high schools in Israel.

Project: Contact between Israeli Hebrew and Palestinian Arabic inside the state of Israel affects both spoken and written Arabic. My project at the Sherman Center aims to build a digital archive of borrowed Hebrew words in written Arabic in electronic media (which are borrowed by writers from different educational backgrounds, ages, and genders) in websites in North and Center of Israel. The corpus will include several hundreds of words based on sources from the printed press which are addressed to Arab readers in Israel and from public written communication. The proposed digital archive will look at: 1. The most frequently borrowed items from Hebrew within the last two decades; and 2. The type and level of adaption, both phonological or morphological, that borrowed words show.

The materials in the digital linguistic archive will support learning and discovery at different scales of language studies since it will be an open linguistic resource for researchers worldwide. 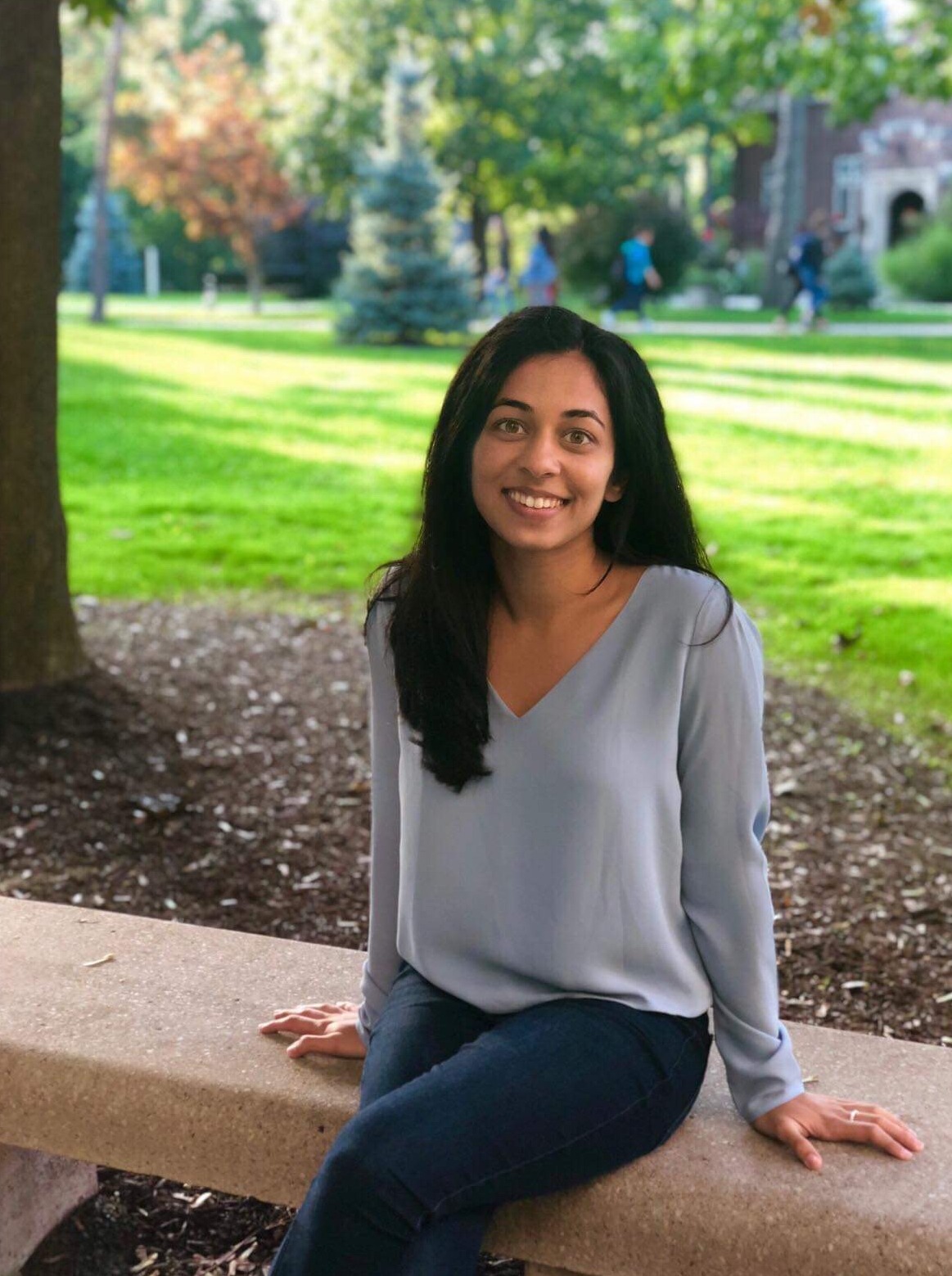 Joann is currently a second year Masters student in the School of Geography and Earth Sciences at McMaster University. She completed her undergraduate degree at the University of Waterloo, with a Bachelor of Environmental Studies in Geography and Environmental Management.  She is passionate about learning about human and environmental health, community development and knowledge translation. She has experience working with government agencies, non-profit organizations, and post-secondary institutions.

Project: Climate change is expected to impact Canada in several ways, including through an increase in the number and extent of extreme heat events (EHEs) (Paterson et al., 2012). This is concerning, as high temperatures can cause negative health impacts (Watts et al., 2015). Health vulnerability among immigrants is important to consider as Canada welcomes many immigrants every year, and is home to a diversity of ethnic backgrounds (Hankivsky, 2014). The objectives of this project are to: 1) explore the impacts of EHEs on hospital admissions and air quality in Hamilton; and 2) explore whether new immigrant arrivals are, as a vulnerable population, at greater risk of EHEs. Quantitative methods will assess the relationship between EHEs in Hamilton and hospital admissions for heat-related illnesses at local hospitals during those events. Qualitative methods will also be used. Interviews will be conducted with service provides and immigrants in Hamilton, and analyzed thematically.