I picture myself at the beginning of my undergraduate studies, and I wonder what I would have thought if someone had told me, then, that I would one day undertake doctoral studies in social work that would involve agonizing over the calibration of machines while 3D printing glow-in-the-dark bunnies. My academic life has certainly become more interesting since my fellowship with the SCDS has allowed me to entertain the possibilities that integrating digital scholarship practices into my academic work can open up. 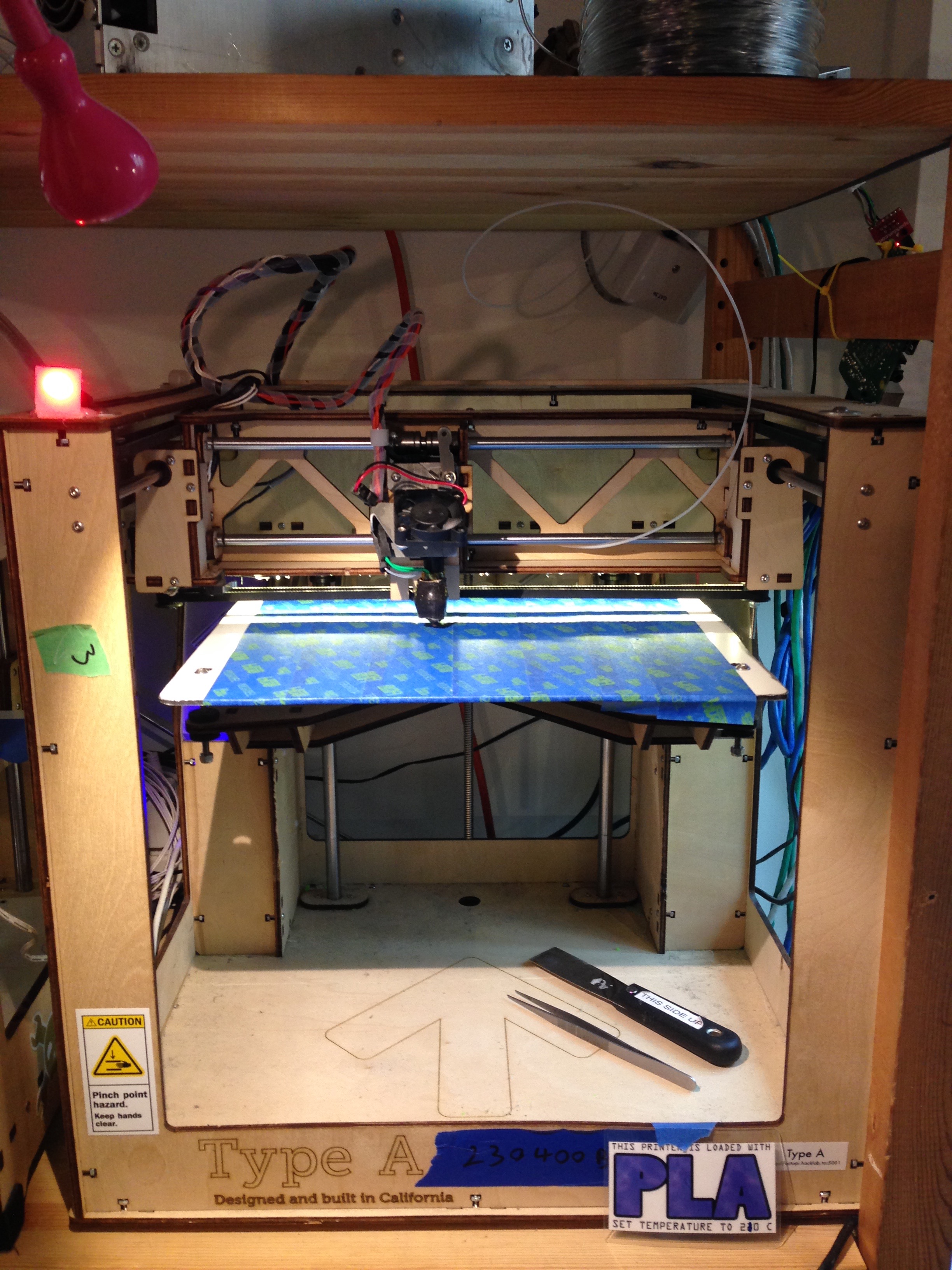 My project for the SCDS involves exploring ways to partially document the experiences of other-than-human (OTH) animals involved in social service provision using emerging digital technologies. For me, though, this goal has involved a lot of skill-building. 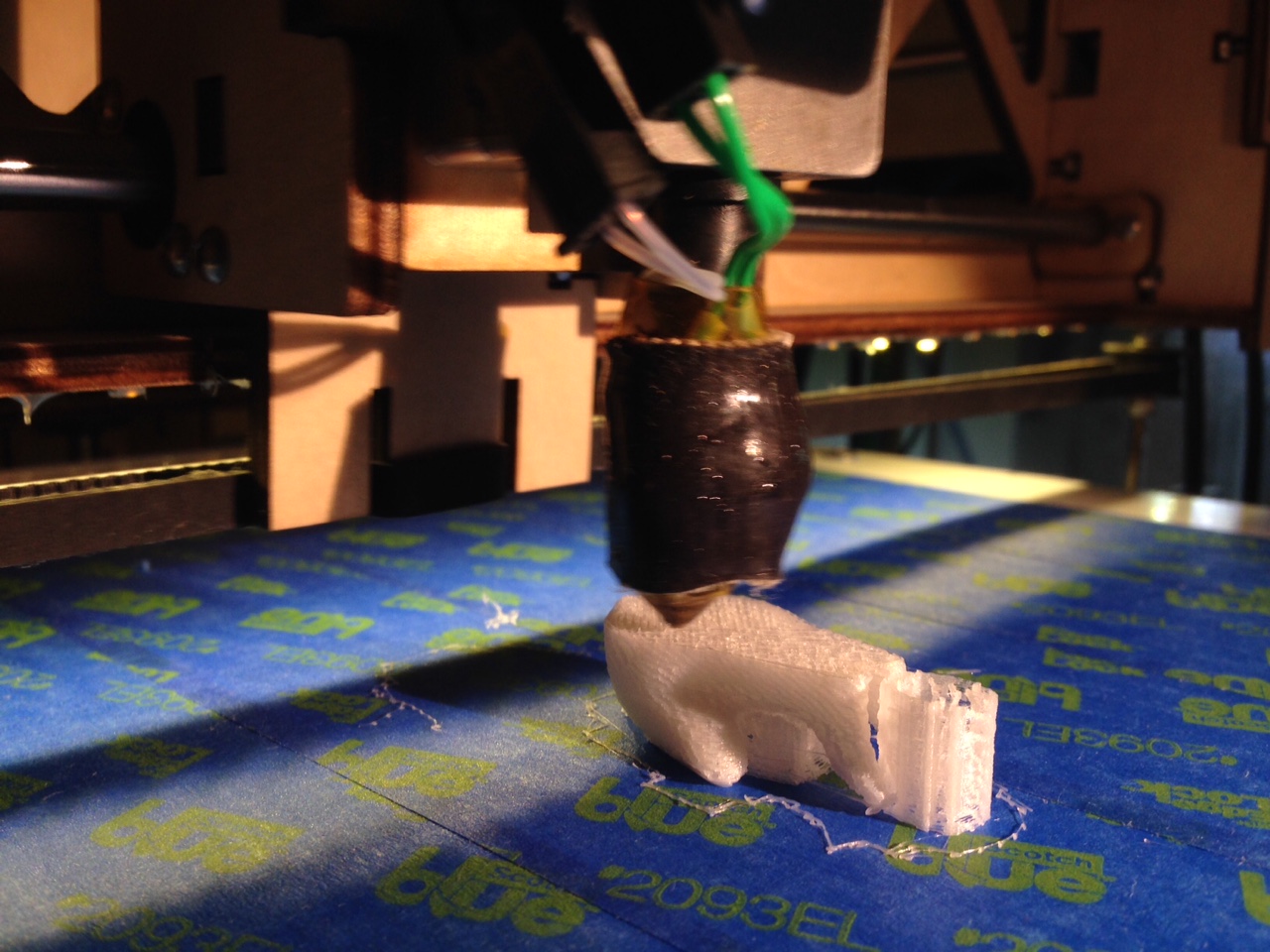 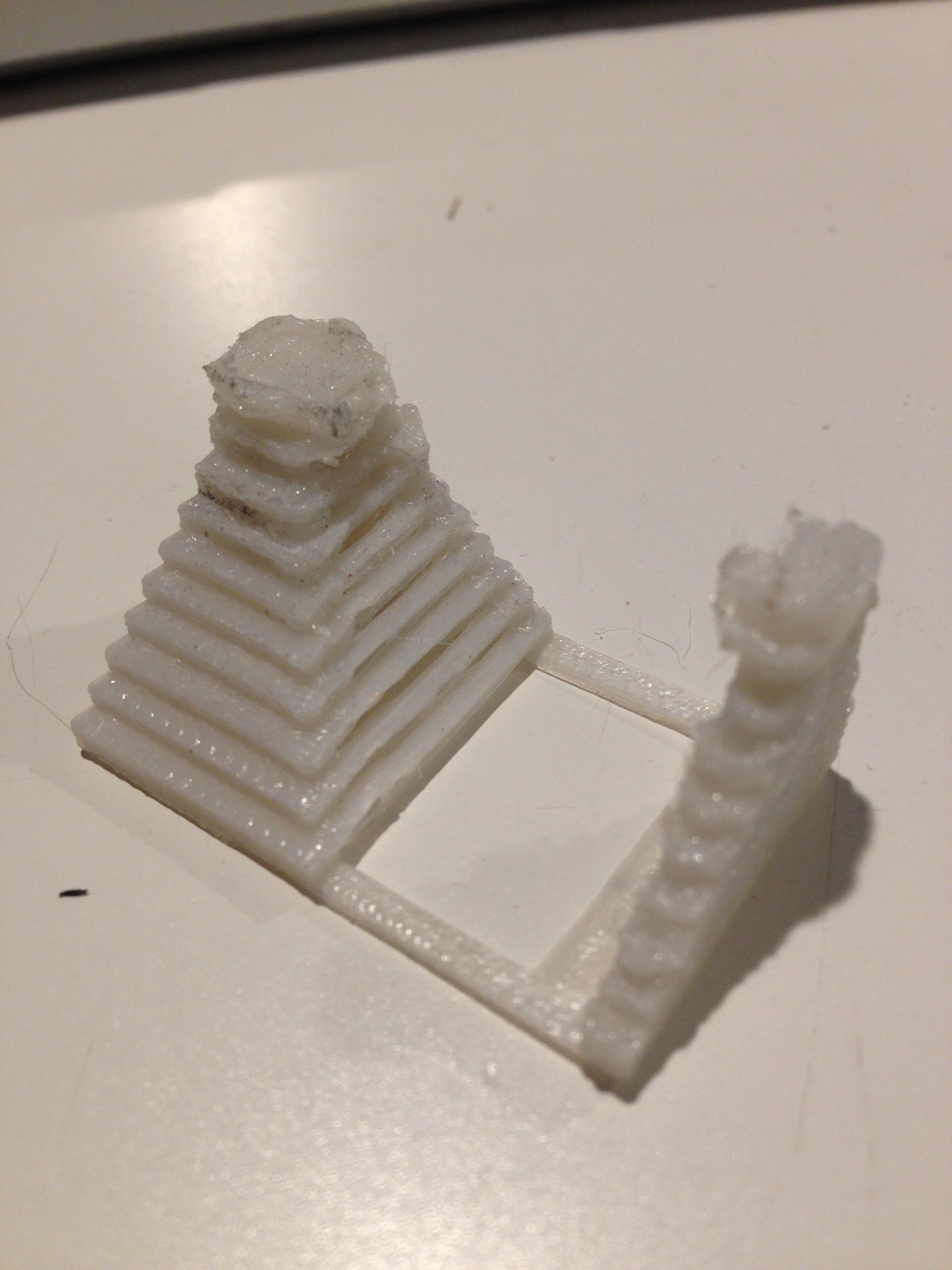 This fall, while I was working on my comprehensive exams, I also spent a lot of time reading, asking a lot of questions, and experimenting, both at the SCDS, and at the Hacklab, a makerspace in Toronto. After attending a workshop with Paige Morgan at SCDS that outlined the values and practices of digital scholarship, I created a wiki to document the progress that I was making on the small tech projects. My goals were to learn about programming, electronics, and design for 3D printing, and to begin to get comfortable with technologies such as Arduino, OpenSCAD, and GoPro cameras. 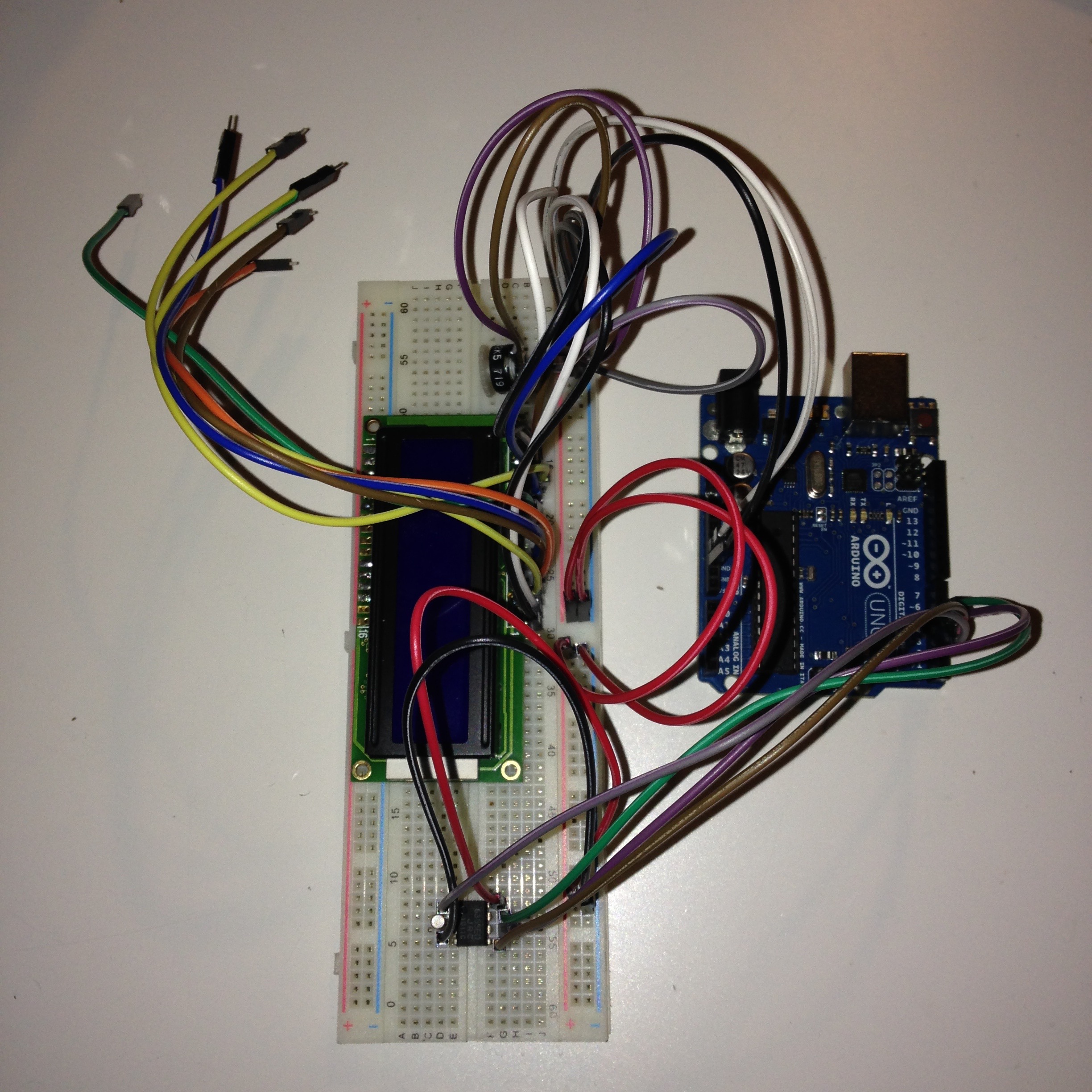 This led me down some interesting roads, along which I did, in fact, calibrate a 3D printer and use glow-in-the-dark PLA filament to print a tiny bunny, build a clock using an Aruindo and RTC module, design a 3D printable base for a decorative art piece that was designed based on a character from a speculative fiction podcast, and cover one of my companion animals in small cameras to film a Hacklab open house from his hound-perspective. 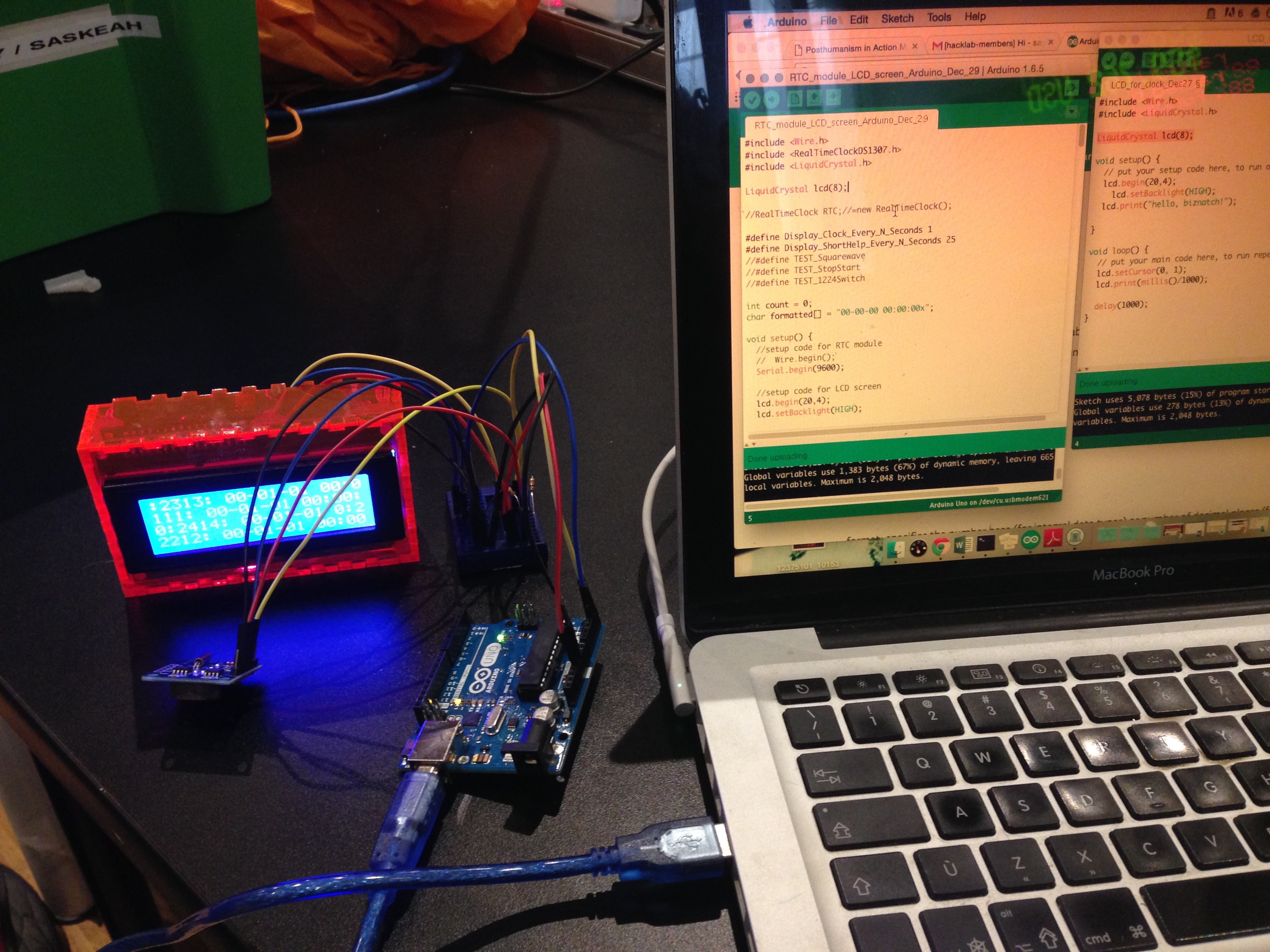 It’s been an exciting and challenging few months, and I feel as though I’ve increased my capacity to the point of being able to dedicate myself to my digital scholarship project in earnest, now that my comprehensive exams are over. Sometimes, my life does feel a bit like a science fiction adventure, and I feel lucky to have the freedom and resources at my disposal to explore my ideas in this way.

Melissa Marie Legge is a doctoral student in the Department of Social Work at McMaster University Her research centres on the well-being of humans and other animals in shared social environments. The broader aim of her doctoral research is to increase positive outcomes for both humans and other-than-human (OTH) animals involved in social services, by documenting how animals are integrated into and neglected by social work practice in Ontario. Melissa is exploring innovative ways of collecting data with OTH animals, through engagement with wearable digital photo and video technology as well as sensory technology for the collection of veterinary analytics.